From the sporting triumphs of the original Olympians to the conquests of Alexander the Great and the epic tales of Homer, Greek history is filled with the glorious deeds of athletes, warriors and heroes.

The Ancient Greeks were renowned for their competitive spirit. It famously flourished in sporting and battle arenas but also in the performing arts, with contests in music, drama, sculpture and painting.

Underpinning the quest for glory and honour was an emphasis on excellence. Physical training sculpted the body that would achieve sporting or military victory. Education, philosophy, science and the visual arts were equally important, shaping and sharpening the mind.

Although competition could be a destructive force, it was also positive and unifying. It was a thread that ran through daily life, generating a rich and innovative society that endures in the artefacts and stories that survive today.

The Ancient Greeks: Athletes, Warriors and Heroes introductory program provides students with an educator-led introductory talk that identifies the themes and highlights of the exhibition. Students are then provided an inquiry-based focus question to complete during self-guided gallery exploration.

Note: Students participating in this program will be provided with note-taking materials.

The Ancient Greeks worshipped many gods, each with their own attributes and legendary stories. Among the most famous of these was Nike, goddess of victory.

In a society where competition was so important, Nike was frequently represented in art. With her magnificent wings, she descended from the realm of the gods to deliver wreaths, victory ribbons, palms or trophies to the mortal victors of both sporting contests and battles.

The Ancient Greeks were fanatical about sport. Even in times of conflict, battles would stop to allow sporting competitions to take place.

Major sporting events were attended by thousands of spectators who travelled great distances to take part. The most famous games were held every four years at Olympia.

While these festivals were great unifiers of the Greek people, what counted most was the fame and supreme glory of becoming a champion. 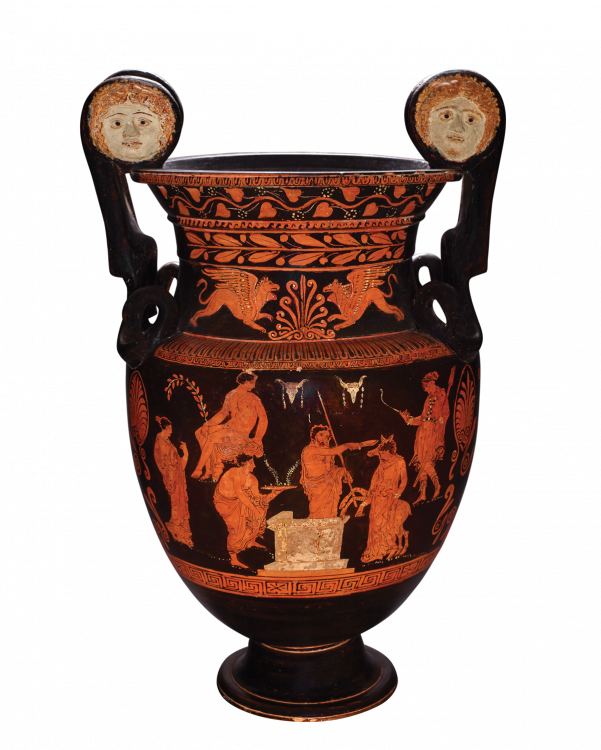 Performing arts competitions were an important part of festivals, especially those dedicated to Dionysos, the god of theatre and wine.

Drama, poetry, music and dance competitions drew huge crowds and were attended by men and women from all classes, even slaves.

Writers and performers became celebrities and were richly rewarded.

Pictured: Volute krater. Red figure pottery. Made in Apulia, southern Italy about 360–350 BC. Found at Basilicata, Lucania, Italy. 1865,0103.21 © The Trustees of the British Museum 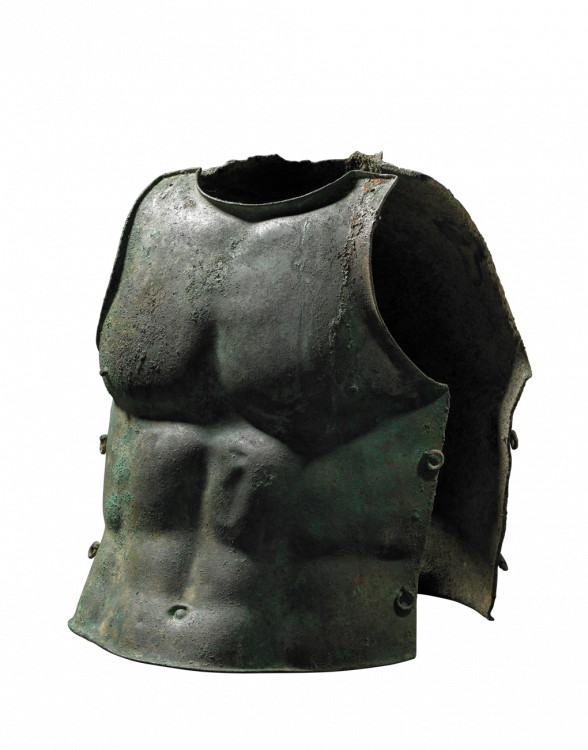 War was glorified as the ultimate form of competition.

Conflict between rival kingdoms and city-states was a constant feature of life in the Ancient Greek world.

Battles were fought over land and natural resources, fuelled by the ambitions of kings and rulers. They were expensive, disrupted agricultural activity and destroyed lives. 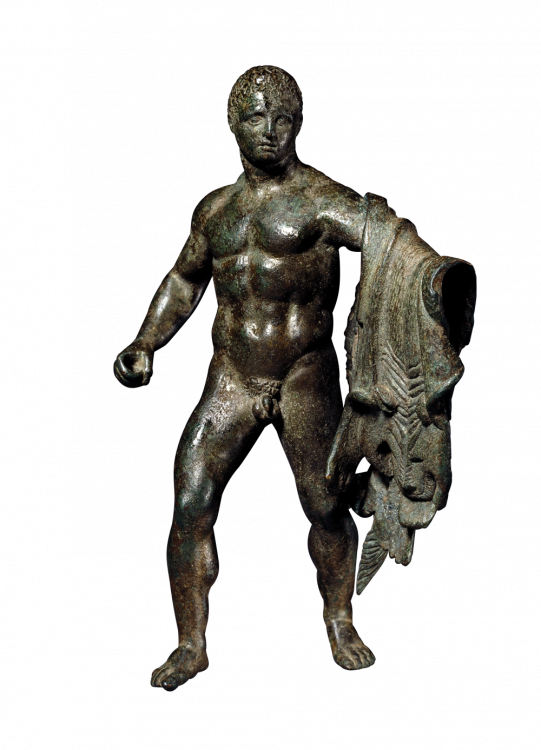 The Ancient Greeks imagined their past as a time of heroes, epic adventures, fierce battles and fantastic creatures. They loved storytelling and tales of the most well-known heroes, Herakles (Hercules) and Achilles, were popular.

Both were gifted with superhuman strength and their lives were full of personal crises, bitter rivalries and battles with other mythical heroes.

Their stories were rendered even more dramatic by the gods who, to serve their own purposes, intervened in and manipulated the lives of the heroes. 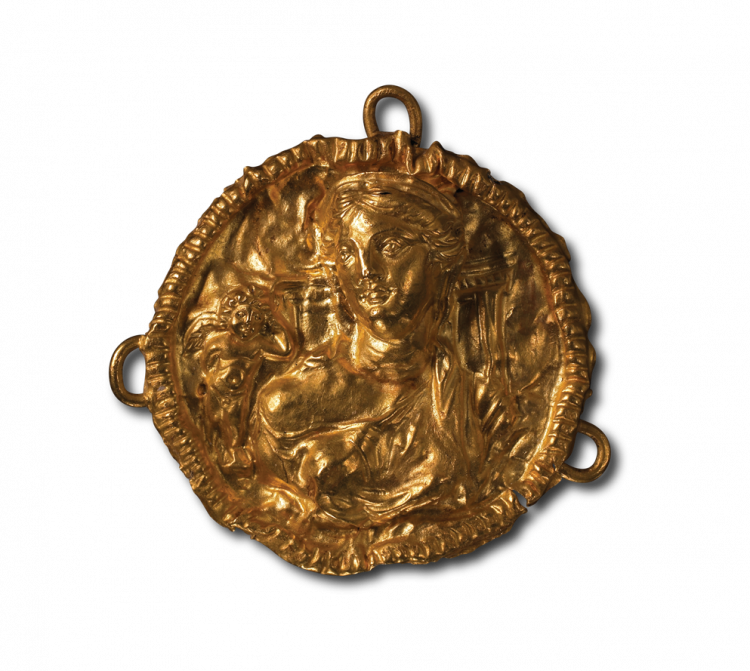 Competition among the Ancient Greeks extended beyond the stadium and stage. Every public space was an arena in which status and social position were on display.

While personal adornment demonstrated wealth and status, public benefaction made a much grander statement. The wealthy competed with each other to sponsor sporting events, the performing arts, processions and festivals.

Even in death, competition was part of daily life. This exhibition includes artefacts from the Mausoleum at Halicarnassus. This burial site was of such scale and beauty that it was listed as one of the Seven Wonders of the Ancient World.