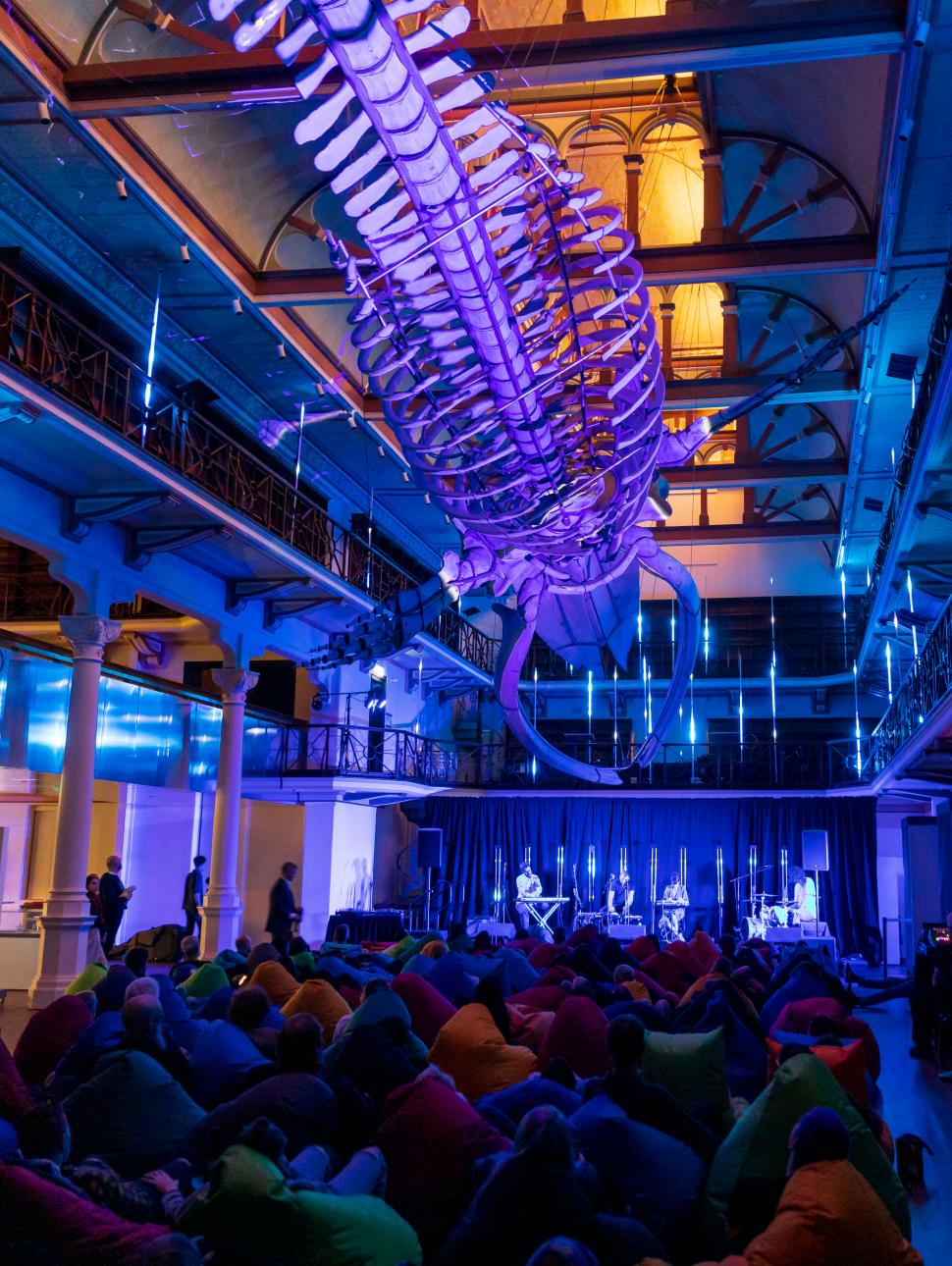 Dive deep into a night of radiance, ambience and electronica in this special Perth Festival edition of our acclaimed "gentle" music series, Aesoteric.

An eclectic adventure awaits under the floating skeleton of Otto the blue whale, with a stunning line-up of Perth's foremost electronic and ambient musicians performing with a host of special guest collaborators and spectacular audio-visual surprises.

Dave Clark (DJ)
Eclectic selector DJ Dave Clark is a veteran of the Perth dance and experimental music scenes. For this Aesoteric, Clark provides a wide selection of ambient soundscapes and electronic oddities.

Sofia Lewis
Stunning and soaring ambient electronica from Sofia Lewis mixed through with her signature wash of vocals and a brand-new set of cosmological compositions will transport her audience to another space and time.

Hosted in the heritage-listed Hackett Hall WITH projections by multimedia artist and creative coder Steve Berrick, and lighting by Beam Hacker, grab a drink, lay back and lean into the immersive and meditative dimensions of electronic and experimental music.

Aeosteric is WA Museum Boola Bardip’s music and projection program held in the heritage-listed Hackett Hall, Aesoteric is an evening of ambience, enchantment and live performance under the soaring skeleton of Otto the blue whale. Lay back and lean into the immersive and meditative dimensions of music, as you watch the space transform through lighting and multimedia artist projections.