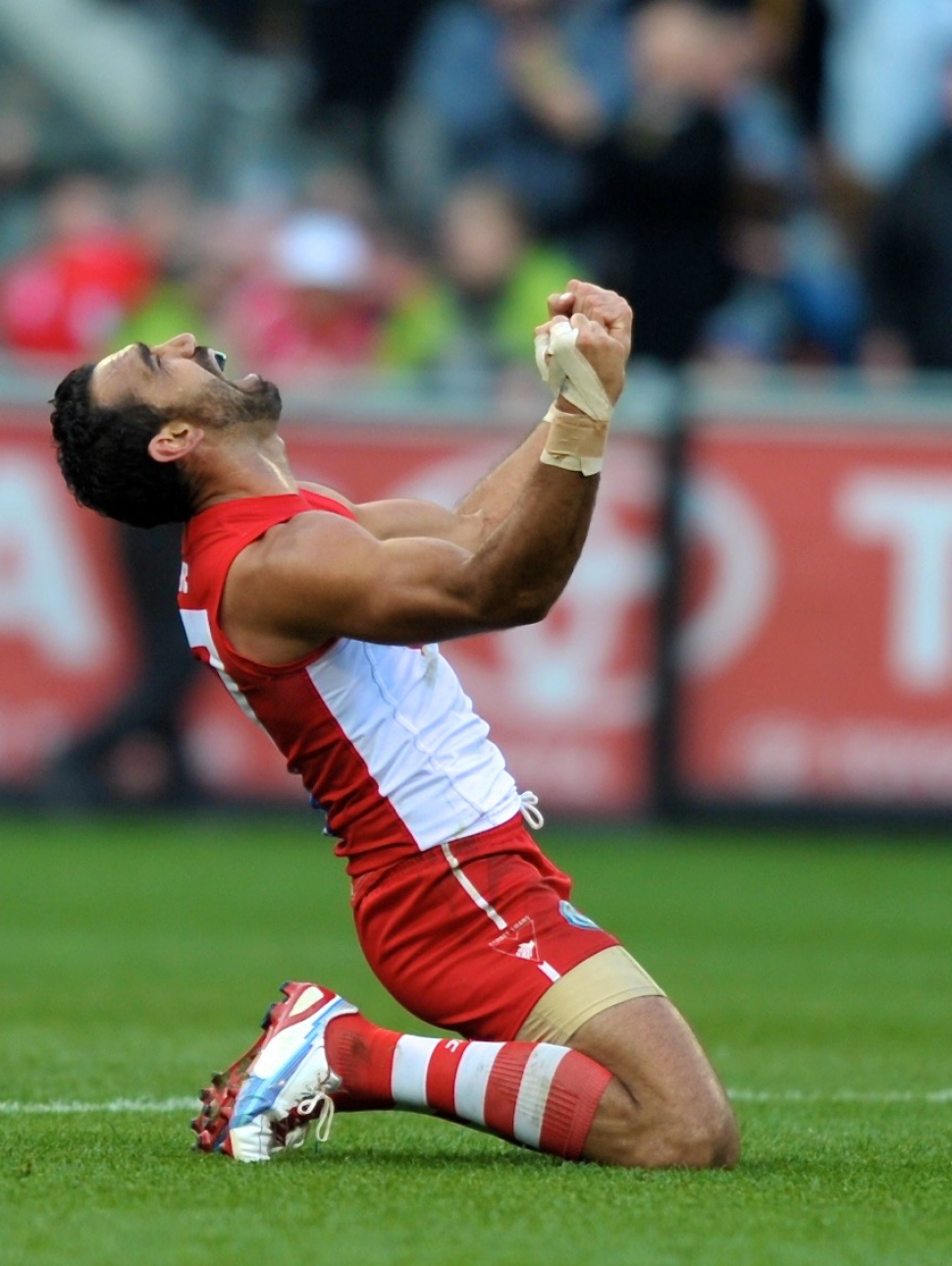 Join us for a screening of The Final Quarter documentary, by Shark Island Productions and a panel conversation to follow.

This documentary follows the journey of Aboriginal AFL great, Adam Goodes and the last stages of his AFL career with the Sydney Swans.

In 2014 Adam was awarded the Australian of the Year for his efforts to end racism and his work with Indigenous youth programs, the Goodes O’Loughlin Foundation, which he founded with former Sydney team mate Michael O’Loughlin.

This film looks at the final three years of his playing career where his actions on and off the field resulted in heated public debates and widespread media commentary that divided the nation.

He publicly called out racism, was accused of staging for free kicks, and performed an on-field war dance celebration, all resulting in boos from footy spectators across the nation.

This film aligns with this years NAIDOC theme of “Get up, Stand up, Show up” all of which Adam did. This film will evoke emotions from anger to sadness and outrage that an Australian of the Year, a 2x Brownlow Medal recipient, 2x AFL Premiership player and 4x All Australian is booed out of the game he once loved.

The film will be followed by a panel conversation from people who were there during this tumultuous time. Hear from Lewis Jetta, former teammate of Adam Goodes; Brad Sheppard, former West Coast Eagles player and umpire, Dean Margetts who was one of the umpires in the game featured in the film, The Last Quarter where Adam Goodes calls out a young Collingwood supporter.

We also hear from Kim Farmer, the daughter of football legend, Polly Farmer, and patron of the Polly Farmer Foundation. Kim will share her stories of her Dad's VFL and WAFL playing career.