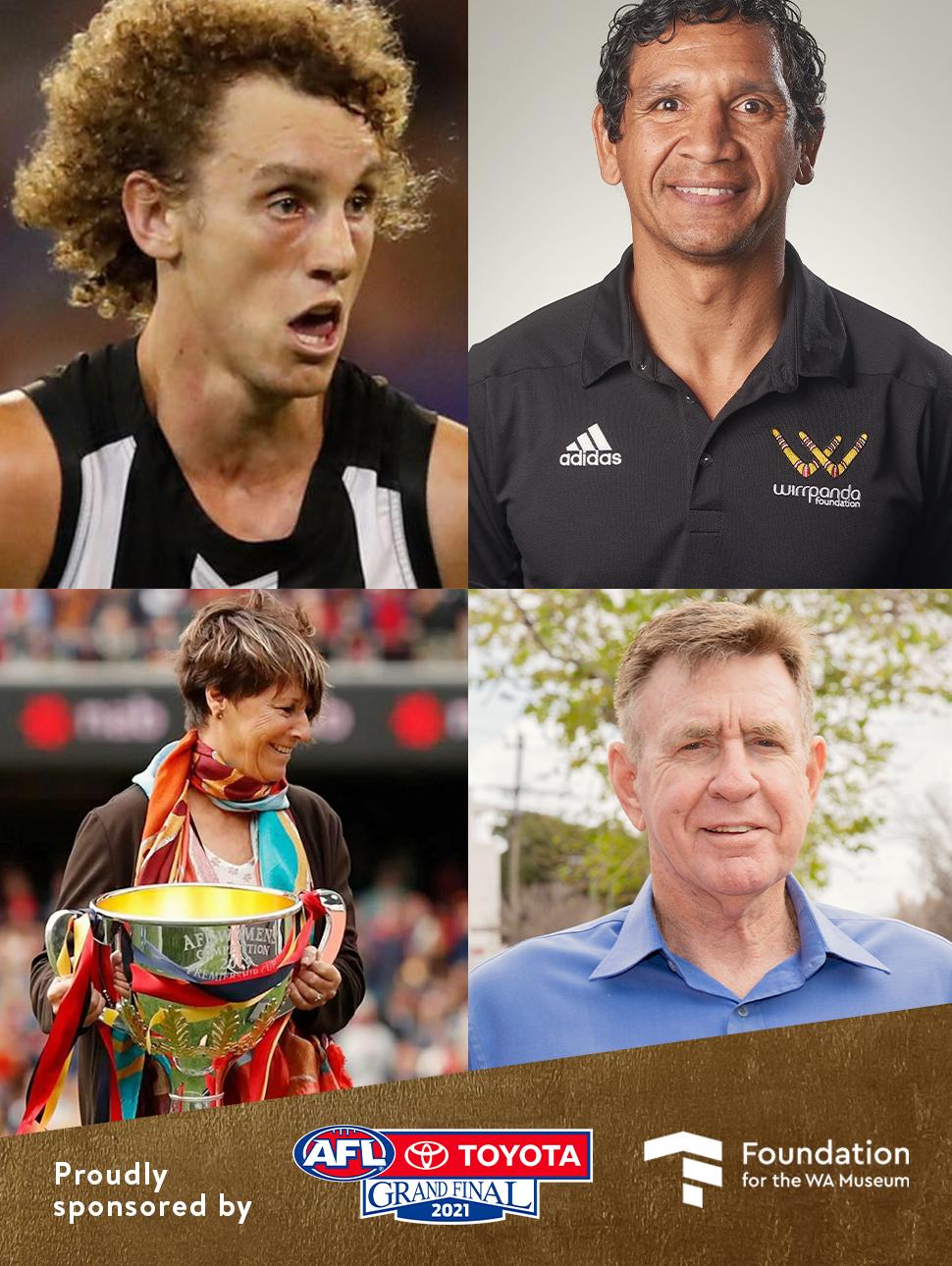 It’s history in the making! Join us at the WA Museum Boola Bardip for a historic Grand Final breakfast.

Immerse yourself in the pre-match build up to the 2021 Toyota AFL Grand Final as we bring together WA football legends, such as the inaugural West Coast Eagles Coach Ron Alexander, AFLW trailblazer Jan Cooper, former Fremantle Docker and Sandover Medal runner-up Troy Cook and former Fremantle Docker and Collingwood Magpie star Chris Mayne for what is likely to be an entertaining and revealing Q&A.

Our panel will recount defining moments in the history of WAFL and AFL in Western Australia,  and will look to the future of the game particularly the rise of the AFL Women’s (AFLW) competition.

As part of the 2021 Toyota AFL Premiership Cup Tour, guests will also have the chance to get up close and personal with the trophy itself - one of Australia’s most prestigious pieces of silverware - while enjoying a lively discussion about this historic sporting event, all over a sumptuous breakfast.

Steeped in sporting history, including highlighting our many Aboriginal footballer sporting achievements, WA Museum Boola Bardip brings together a fascinating panel of sports commentators, players and coaches to mark this historical occasion in the magnificent Hackett Hall.

And if all of this was not enough, one lucky guest will win two coveted tickets to the historic 2021 Toyota AFL Grand Final at Optus Stadium, Perth on Saturday 25 September!

Tickets just $45.  Don’t miss this one in a lifetime opportunity!

Presented by WA Museum and the WA Museum Foundation, and proudly supported by the AFL.

View terms and conditions for the door prize here.

Should you have any dietary requirements, please email tickets@museum.wa.gov.au at the time of your booking.